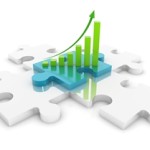 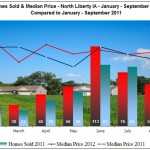 The bar chart  below shows the number of homes sold and median price of homes sold in North Liberty January through September 2012 compared to 2011. Home sales were down a bit in February and July, but that doesn't change the fact that home sales are up 20% for the year in North Liberty. Home Prices are also looking good in North Liberty with no major highs and lows on this graph. On the whole END_OF_DOCUMENT_TOKEN_TO_BE_REPLACED

The breakdown of homes sold in North Liberty in 2011 is very different to either Iowa City or Coralville. If you're getting your information from the national media you may want to take note of that. Considering how close North Liberty is to Coralville and Iowa City you'd expect more similarities, but they are all very different real estate markets. Looking at the bigger picture, the housing END_OF_DOCUMENT_TOKEN_TO_BE_REPLACED

Now that we have a full year of data to look at I'm having a fun time putting together market reports for the areas I know best. After looking at Iowa City and Coralville yesterday it's North Liberty's turn today. North Liberty is actually a lot more work to put together since on the MLS it is classified as the NW Quadrant, which includes a couple of smaller markets. I had to extract homes sold in END_OF_DOCUMENT_TOKEN_TO_BE_REPLACED