The chart below shows home sales January through June in Iowa City. The strongest months are March, April and May. It’s not at all unusual to see a big increase in home sales early in the year in Iowa City. In fact it’s very typical for the “spring” market to start early with many home buyers starting their search for the right home at the beginning of the year. (And closing on a home 60 – 90 days later). 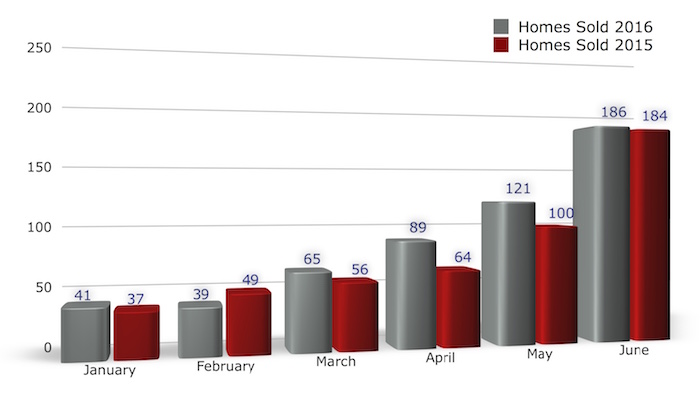 The chart above showing the number of homes sold, tells us what the market was doing in the last six months. The next step is to look to see what’s happening in “real time.” To figure that out we look at contract to listing ratio. This tells us what’s happening in the Iowa City real estate market right now. By looking at the number of homes contingent or sale pending, we can gauge whether buyer activity is high, low or somewhere in between. In April there were more homes under contract, (contingent and sale pending), than there were active listings. 52% of the homes on the market had offers and were waiting to close. That was a very hot market with homes just flying off the shelves. We’re into July now and vacation time. The chart below shows that the market is still active with 40% of the homes listed under contract. The market is not as hot as it was in March and April though and that usually translates into a little longer market time for sellers. (Unless of course you happen to be listing a hot property in a hot neighborhood). 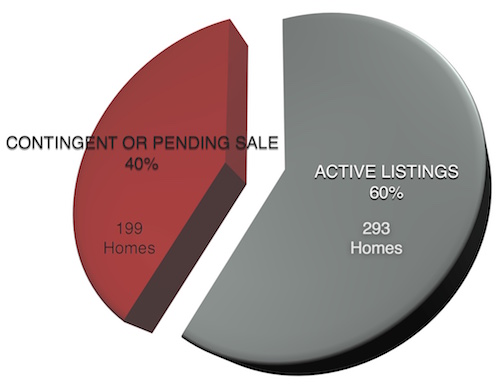 Highlights of This Month’s Market Report for Iowa City

What does this data mean to you? Even if the real estate market isn’t as hot as it was earlier in the year, there is still plenty of buyer activity in the Iowa City real estate market. Sellers who prepare their homes right and price them in line with the market will be rewarded for their efforts.

Buyers shouldn’t get complacent just because the market is more balanced now after the spring rush. The best houses still sell fast and finding a good agent to work with is still your best bet to make sure you’re well prepared and know everything you need to before making an offer on a home.

Helping Buyers and Sellers achieve their goals efficiently, with the minimum amount of fuss is what I’m known for. Working with the right real estate agent will go a long way to deciding what kind of home buying or home selling experience you have. Sound advice and guidance is what you can expect when you work with Denise at Cardinal Realty. Call Denise now at 319-400-0268.